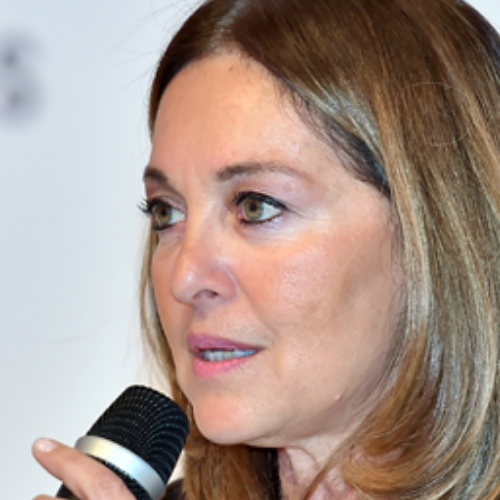 Tijen Mergen graduated from Bosphorus University, Department of Electrical Engineering with Master of Science degree. She began her professional career in 1982 at Apple Computer as a sales representative. She then worked at NCR Copr. For 13 years and held various management positions. Between 1994-1998, she was the Sales and Marketing Manager for the Finance Industry at NCR Central and Eastern Europe region, covering 24 countries.  Between the years 1998-2003 she was the General Manager of Bilkom A.Ş. (Apple Turkey). During her Bilkom years, she received an award from the International Public Relations Association (IPRA) for the project “iCan”, which promoted to develop movies and music among the universitiy students by using apple technology. She played a key role in the Koc Group Co takeover of Bilkom from Komili Group Co. In 2000, Mergen recieved the “Business Woman of the Year 2000” award from Dünya Newspaper. Between the years 2003-2005 she produced and presented the television program, “Bilgi Vizyon”, for CNBCE, a program about the development of the global Technological sector. Between 2004- 2013 she had been working for Dogan Media Group which was the leading media Group in Turkey. Between 2004 - 2010, she was the steering comitee member at Dogan Gazetecilik AS, as Chief Sales, Marketing and Coprorate Communication Officer . She was in charge of newpaper sales & marketing as well as the digital media and other web projects belong to the group. Between 2010 - 2012 she was working at Hurriyet Gazetecilik AS, as Chief Marketing Officer and Steering Commitee Member. In 2013, she was at Dogan Holding, working with top management to develop new businesses in new developing industries. Mergen was also the member of board of directors of Doğan Gazetecilik between 2013-2017.Since Oct 2013, she built her own company, TEK Girişim LTD giving consultancy to support corporates to develop and conduct social responsibility projects. At the same time she became the co-founder of Happiness at work Platform who gives consultancy, training, coaching and mentoring services to the corporates at all levels to increase the motivation and engagement in the workplaces.She is giving “Strategic Marketin and Branding” courses to the graduate students at Bahçeşehir Üniversity fort he lest four years. She is also one of the founders of KAGİDER, an NGO who promotes and supports women enterpreneurs and was the Board Member between 2009-2013.