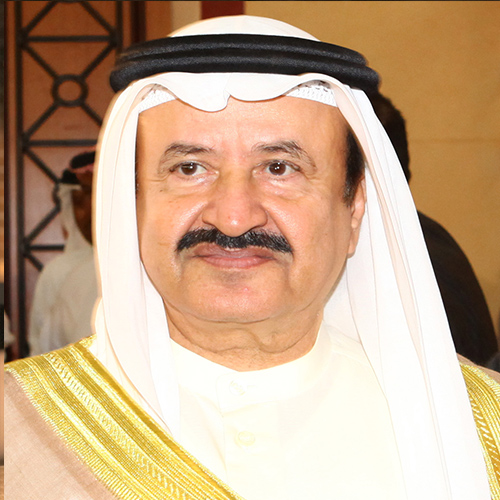 Sheikh Ebrahim bin Khalifa Al Khalifa is the Honorary Chairman of the Board of Trustees of the UNIDO Arab International Regional Centre for Entrepreneurship & Investment (AICEI); Chairman of Accounting and Auditing Organization for Islamic Financial Institutions. He has a long history in developing tool and programs linking non-financial to financial services regionally and internationally. He is also a strong advocate of women economic empowerment in Africa and the Middle East. A graduate of Law, Sheikh Ebrahim has held a number of key positions in the Kingdom of Bahrain. A former Minister of Housing from 2007 to 2011; Undersecretary of Finance (1993 to 2007), he has also been the Deputy Governor of Bahrain Monetary Agency (now Central Bank of Bahrain) (1982 to 1993). Sheikh Ebrahim has been Chairman, Gulf International Bank; Chairman of Bahrain Development Bank; Chairman and Managing Director, Gulf Aluminium Rolling Mill Company (GARMCO); the Chairman of Bahrain Institute of Technology. He is also a Board Member of Aluminium Bahrain (ALBA) and Board Member of Bahrain Petroleum Company (BAPCO).Sheikh Ebrahim is a strong advocate of youth economic empowerment through entrepreneurship development.