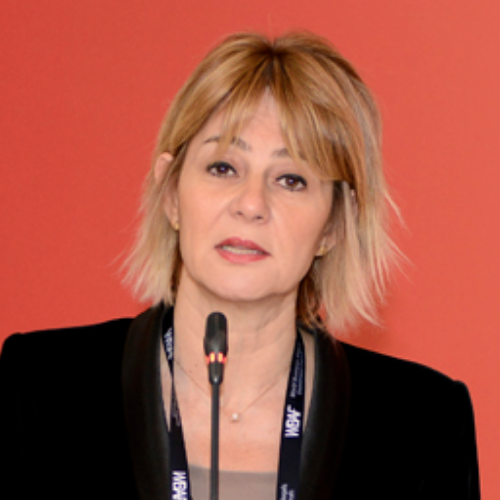 Born in İzmir, Turkey, Sanem Oktar Öğüt graduated from Bornova Anadolu High School, then followed by Marmara University as a major of International Relations. Sanem’s career started in Colgate Palmolive Türkiye in 1993 where she worked as Key Account Manager and Trade Marketing Manager for 3 years. She established her first company Tribeca Communication Consultancy in 1997. Just after 2 years, she then became one of the founding partners of Tribal Sales & Marketing Support Services . In order to expand her marketing services business, she later founded her database marketing company, directComm in 2000. In 2002 she formed a partnership with the American Peppers Rogers Group and became one of the Founding Partners of Peppers Rogers Türkiye (PRG). In 2009 in order to focus only on directComm Marketing Group, Sanem liquadated her shares in PRG. She lastly founded Limonsocial Social Media Agency in 2011. In 2015, WPP announces that GroupM, the leading global media investment management group, has acquired a majority stake in directComm Marketing Group, a leading provider of integrated direct marketing services in Turkey. She is also become partner and CEO of Wunderman İstanbul since July,2017. She defines herself as serial enterpreneur. She was one of the Top Ten Women Enterpreneurs of Turkey in 2010.She is still quite active in directComm and Limonsocial as Managing Partner. Sanem was also one of the 12 founding members of Turkish Direct Marketing Association (TDMA) in 2005 and served as the President and Head of Board 2007-2009. Having worked for leading brands in various sectors of Turkey in communication, sales and marketing consulting, her numerous work and projects have been awarded many times. She has been active member of KAGIDER, the Women Entrepreneurs Association of Turkey since 2010 and has volunteered in many women empowerment projects as leader, mentor or participant. In May 2015, she has been elected as the President of KAGIDER. She is also a member of W20 Steering Committee. She is married and has two daughters.