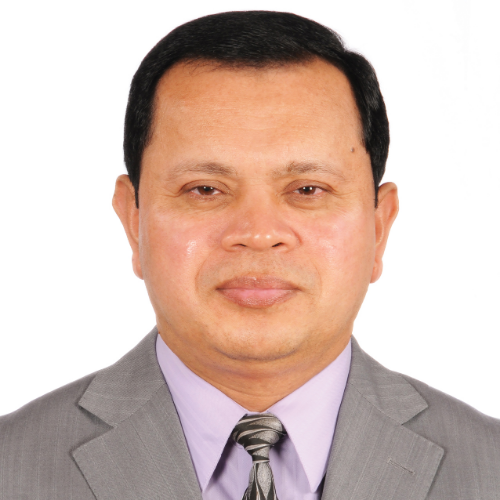 Mr Md. Sabur Khan, Chairman of the Daffodil Family has involved himself with numerous challenges during his attachment as the President of Dhaka Chamber of Commerce and Industry, President of the Bangladesh Computer Samity, Member of Prime Minister’s ICT Task Force, etc. He has made great contributions to the establishment of such entities as the ICT Ministry, IT Incubator, and BCS Computer City. The Bangladesh government has awarded Mr Khan the status of ‘Commercially Important Person’ for his role. Mr Khan is the Chairman of the Global Trade Committee and Director of the World IT and Services Alliances, the world’s largest IT organization. During the year 2013, Mr Khan initiated a project to create 2,000 new entrepreneurs. He has written and published several books, including Uddokta Unnoyon Nirdeshika (Bengali), Art of Living, A Journey Towards Ent- repreneurship and Employability 360°. To develop a self-employed generation, he aims to create more job opportunities; his initiatives to promote entrepreneurship include business incubators, start-ups, venture capitals, a department of Entrepreneurship at the university level. His commitment to development in the field of business, entrepre- neurship, leadership and human resources development has led to appointments as Vi- siting Professor at numerous universities in such countries as Malaysia, Indonesia, India, Kyrgyzstan, and so on. He has received honorary professorships from Adam University in Bishkek, Kyrgyzstan and Issyk-Kul State University in Karakol, Kyrgyzstan; and he hol- ds honorary doctorates from two Kyrgyz universities: Ala-Too International University in Bishkek and Naryn State University in Naryn. In recognition of his contributions, Mr Khan has received many national and international awards. He established the Daffodil Foundation for underprivileged people.