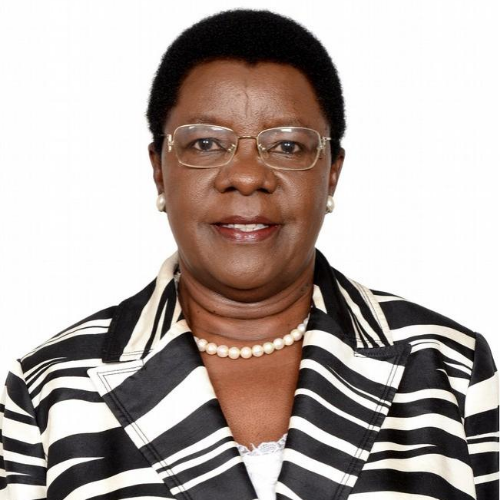 Country Director of the WBAF Tanzania

Dr Sabetha Mwambenja earned her Bachelor of Arts degree at the University of Dar Es Salaam in Tanzania and went on to obtain a Master’s degree in Business Administration at the University of Central Michigan in the US. She is also the holder of diplomas in Agribusiness Management, Rural Credit Development, Industrial Extension Services and Micro Enterprises Finance. Dr Mwambenja started her banking career at the National Bank of Commerce (NBC) and was later became the first woman Director of Credit in the history of the NBC. In January 1998, she was appointed General Manager of the newly established Exim Bank Tanzania Limited, being the first Woman General Manager in the history of Tanzania’s banking industry. In 2000, Dr Mwambenja was then promoted to Chief Executive Officer of Exim bank, once again as the first and only woman CEO in the Tanzania banking sector. She held this position for 14 years. In 2009, Dr Mwamben- ja was appointed as a member of the Governing Board of the Global Banking Alliance (GBA) for women. In the same year, she was also appointed as a board member of the Southern Highlands University College. In 2010, the TIAW (The International Alliance for Women), named Dr Sabetha as a winner of in the prestigious TIAW World of Difference 100 Awards in the community/ corporate category. In January 2011, Dr Mwambenja was appointed as the first Managing Director and CEO of the newly-established, Covenant Bank for Women Tanzania Limited. Due to her commitment to empowering women, Dr Mwambenja was among the chosen few to represent Tanzania on a panel at the First African First Ladies Summit. In 2012, the President of Tanzania appointed Dr Mwamben- ja Chairperson of the Tanzania Trade Development Authority, which operates under the Ministry of Industries and Trade. In March 2015, Women Empowered to Achieve the Impossible (WETATI), named Dr Mwambenja as the winner of the ‘Woman Achieving the Impossible in Life and Business’ award for her philanthropy, entrepreneurial and execu- tive leadership savvy, and exemplary character. Furthermore, in 2015 SAMEAWS (South America–Africa–Middle East—Asia Awards) announced Dr Mwambenja as the winner of the African Female Leadership Impact award. On 30 October 2016, the Africa Graduate University conferred upon Dr Mwambenja a Doctorate of Philosophy degree in Business Administration and Management. She also emerged the winner of the Africa Women Innovation and Entrepreneurship Forum’s (AWIEF) ‘Empowerment Award’ for 2017.