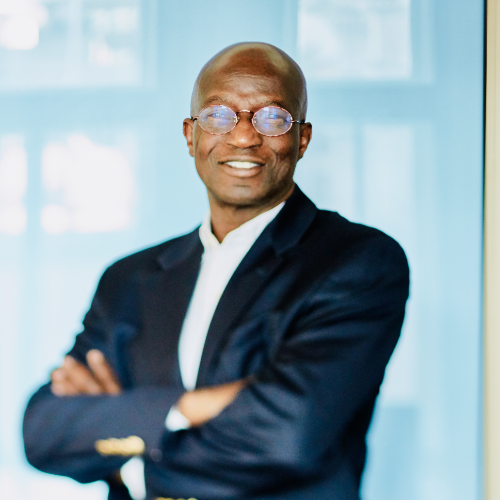 Julius is the Chairman, Founder and CEO of UWINCorp Inc. (The Mobile Commodity Marketplace) – an initiative for Unleashing the Wealth in Nations, a project he initiated at the Massachusetts Institute of Technology’s Media Lab. The initiative aims to create the Next Generation Capital Market Infrastructure. Julius is also the Entrepreneur-In-Residence at the Massachusetts Institute of Technology’s Media Lab where his mission is the commercialization of technology innovation to empower developing economies. Julius is a technology innovator, a Digital Assets and Blockchain enthusiast.  Prior to his residency at MIT he was the Global Director of Emerging Technologies for PepsiCo Inc., where he guided technology research and innovation activities. And prior to joining PepsiCo, he was the Senior Vice President for Emerging Technologies and the Wireless Business Technologies at Wells Fargo Bank in San Francisco where he led the architecture team for Mobile Banking and many of the Retail Banking digitization platforms among other reengineered processes. He is currently a member of the selected consultants as Intellectual Properties practitioner to the World Intellectual Properties Organization (WIPO), an agency of the United Nations. Julius is a current member of the Advisory Board of Massachusetts Institute of Technology’s MIT-Africa Committee and its MIT-Africa Executive Working Group. He was a member of the United Nation’s ICT Working Group to eradicate poverty and one of the 12 member global jurors for OECD’s prize for taking Innovation to scale. Julius was a Donald Gordon Innovation Fellow at the University of Cape Town’s Graduate School of Business. He is a Co-Founder of Cape Town’s “Workshop 17” Innovation Hub.  He was the 2016 honoree of the “Spirit of Africa Award” by the Self Help Africa Organization. Julius obtained his MBA from Ohio University; he holds a couple of intellectual property patents and he is a global speaker on Innovation, Entrepreneurship and global Economic Development.