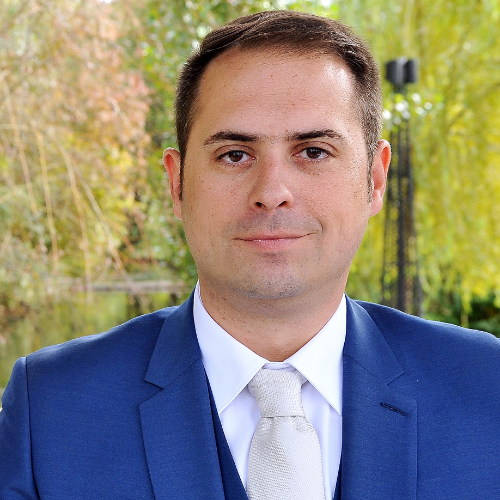 Prof Ivan Jovetic is an entrepreneur and researcher. He holds an MSci degree in Entrepreneurial Economy and is a PhD candidate in International Economy at the UDG. Ivan Jovetic is the cofounder of MSI INVEST Ltd., through which he has been executing his own and his partners’ entrepreneurial ideas, involving himself in several sectors. Since 2007, he has been working at UDG’s Faculty for International Economy, Finance, and Business as a Teaching Fellow. Since 2013, he has also been acting as Vice Dean at the UDG Faculty for Sports Management. Mr Jovetic is co-founder of the Montenegrin Business Angels Network (MEBAN). He has also been working at the Institute for Strategic Studies and Prognoses since 2005, where he has been involved in and led numerous national and European projects. He is Executive Director of the Centre for European Education and Studies and an ECSA World member. In addition, he is a member of the working groups for negotiations with the European Union. Mr Jovetic’s primary areas of interest include entrepreneurship and business development, international economy, investments, cyber and defence, and the EU and NATO. Mr Jovetic was Vice President of the Board of the Euro-Atlantic Club of Montenegro from 2006 to 2009. He is also a member of the Society of Economists and Managers of Montenegro as well as the World Entrepreneurship Forum.