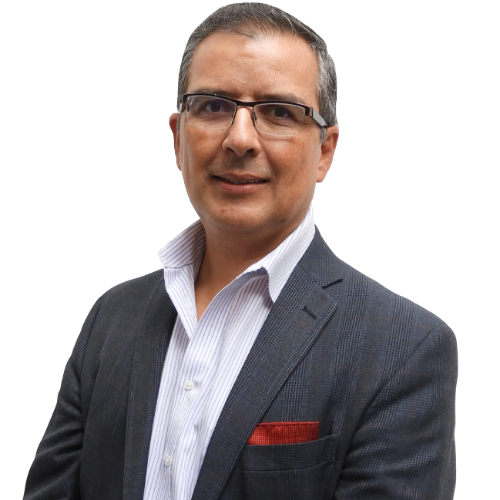 CEO and Co-Founding Partner of Angels Nest LATAM, Angels Nest is an Angel Investment network operating in Mexico and LATAM. It has been named “The most active Angel network in Latin America” By XCALA (Supported by IDB), they also have more than 400 Angels from Latin America, Canada, US and United Kingdom. It has been operating across Mexico since October 2015. Angels nest has lead the largest 1st Angel round for a first crossborder investment in a latinamerican start-up for $1.2 USD Millions.They also have kept a record of achieveing one angel investment per month. Israel is co-founder of Mind The Gap Fund based in the UK and investing in Latam Tech scene since March 2018. Israel is also the President of the National Entrepreneurship Committee of the IMEF (Mexican Institute of Financial Executives).  Active member of the EMAAC (Association of Mexican and German Business), as well as private member of  National Audit Committee of Conacyt ( National science and technology commission), and the AgroTech  Fund of “Enture Uno”. Israel developed his academic and professional career during his 24 years in the UK, where he served 5 years as Operations Director for the largest leisure company in Europe. He became an entrepreneur and founded 4 companies in the UK, 3 of them were sold successfully. He became an Angel Investor and decided to move back to Mexico. In Mexico, Israel became a Director of International Expansion for a Digital Financial Inclusion Model (FINTECH). The same group developed a Venture Capital in which he served as Director of Strategic Alliances and Impact Investment. Israel has given many conferences in different institutions such as universities, forums, exhibitions, among others; related to the topics of entrepreneurship, innovation, Fintech, cross-border angel investing  and Crowdfunding in more than 12 countries. Israel has spoken at  the largest entrepeneurship festival in Latin America, Inc Monterrey, and conducted the first national webinar on Angel Investment in Mexico, with Punto Mexico Conectado ( Government agency for digital inclusion). Other highlights of the international forums and exhibitions he has spoken in include: Chile, Foro Xcala with Disruptive Models of Angel Investment Networks;  “Mexico and High Impact Entrepreneurship” at the Hamburg Week-All in the same boat, in Hamburg, Germany; Spark Up Guadalajara, “Alternative Finance and its Impact on Entrepeneurship”; Anauhuac University, “New Mechanisms of Finance”; and Mexico’s  Entrepeneur Week, “ Angel Investors your new best friends” “What Do You Need to Be An Entrepeneur” and  “The Future of Crowdfunding”. He was also asked to participate in a panel at the “Women in Business” North American Summit ( Canada, USA & Mexico) to talk about Angel investment and entrepreneurship. Israel has been given the honour of being the High Commisioner for Mexico at the grand assembly of WBAF (World Business Angel Forum). In this role he is activating the first Coinvestment model between government and Angel investors.