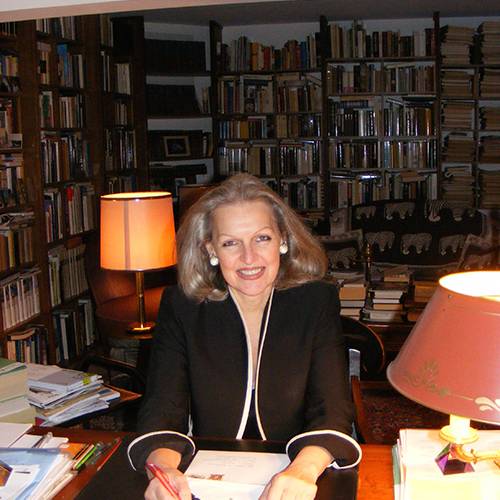 Candace Johnson is co-initiator of SES/ASTRA and SES Global, the world’s pre-eminent satellite group. She is also founding President of Europe Online Investments S.A., the world’s first internet-based online service and satellite broadband network, and founder of Loral Cyberstar-Teleport Europe, Europe’s first independent private trans-border satellite communications network. Ms. Johnson is also founding President of the VATM, the Association of Private Telecom Operators in Germany and founding President of the Global Telecom Women’s Network (GTWN).
Candace Johnson is also President of Johnson Paradigm Ventures (JPV) which is a principal founding shareholder with AXA, Caisse des Depots, BayerischeLandes bank, and the SPEF of Sophia Euro Lab, Europe’s first trans-border early-stage investment company based in Sophia Antipolis. JPV is also a principal founding shareholder in London-based Ariadne Capital, “Architecting Europe.net”, one of the earliest supporters and promoters of Skype, the global VoIP phenomenon.
Candace is also a member of the Advisory Board of numerous European and US ventures as well as being a Member of the Board of Governors of EDHEC (France), the University of Haifa in Israel, Sabanci University in Istanbul Turkey, and a Senior Enterprise Fellow for the University of Essex. She has been a featured speaker in the OECD International Entrepreneurship Forums in Shanghai, Riga, and Cape Town. She holds Masters Degrees with Honors from the Sorbonne and Stanford Universities, a Bachelors Degree from Vassar College and her high-school degree from Punahou.