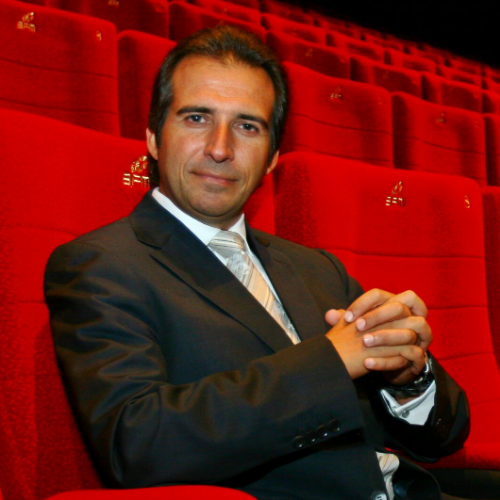 Adnan Akdemir is a third-generation entrepreneur in the entertainment business. After graduating from Istanbul Technical University in Management Engineering and obtaining an MBA from National University in Los Angeles, he attended the UCLA Film School. In 1993, after his return home, he founded AFM Cinemas, which has since become the leading cinema operator in Turkey. He has introduced a true quality cinema experience to Turkey, resulting in rapid national growth in the 90s as the market-maker. In 2000, he completed the first-ever private equity deal in Turkey, with AIG’s Blue Voyage Fund. In 2001, he co-founded the Istanbul Independent Film Festival as a prestigious international event to rejuvenate the Turkish film production industry. In 2004, Adnan completed the IPO of AFM Cinemas, becoming the first entertainment company to list on the Istanbul Stock Exchange. Adnan also co-founded the first Turkish film distribution company, Kenda (with top Turkish producers) to support the development of local productions. In just 3 years, Kenda became the main driver behind more than half of the local content in Turkish cinema. He has since sold the majority of AFM Cinemas to Russia’s largest group, Alfa, eventually exiting AFM. Adnan has become the CEO of Eurasia Cinemas, which, in its third year, has grown to 305 multiplex screens to become the leading cinema chain in the Russia-Ukraine-Turkey region. Adnan exited his cinema ventures in 2011 to focus on his family entertainment business and founded www.ilsvision.com, the largest YouTube multi-channel network in the Middle East region. He is the co-founder of the Turkish Bu- siness Angels Association and Turkish Cinema Owners Association and an active member of the Young Presidents Organization. He has held a Group A pilot’s license since 1984 and an open-sea captain license since 1989. In 2012, Adnan received a Red Cross /Cres- cent Golden Mercy Medal for his lifetime contributions.